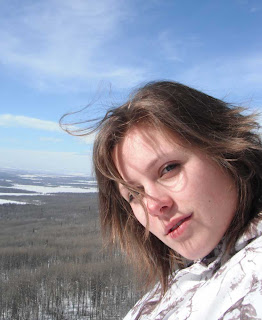 My name is Sam and I am the author of my blog 'Quilting Curve'.  My blog is named for the insane learning curve that represents my journey as a quilter.  I have also learned that the quilting curve is a never ending climb.  My quilting story is intertwined in my personal struggles, so here is the short version of my tale:

I presently live in Dawson Creek, British Columbia.  I have lived here for two years which is the longest time we (as a family of 4) has ever lived anywhere.  We have lived in Prince George (the big city) and McLeese Lake (population 300).  I have worked for 'The Man', run our own business, and ranched 1000 head of cattle... there is absolutely no method to the madness.   As I am typing this up I am surrounded in boxes in a cruddy little basement suite on my way to Saskatchewan next month.  Throughout my gypsy life I haven't left British Columbia, and I am slightly concerned about the wide open spaces. 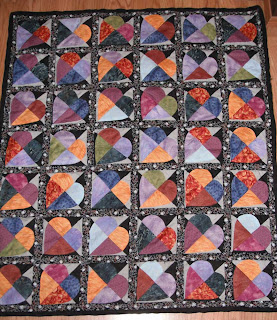 When I was hardly 21 my first daughter was born. I struggled to find that maternal instinct and when she was 5 months old I found myself pregnant again (Yeah, I finally figured out why this kept happening).  After my second daughter was born I completely lost touch with whoever it was I used to be.  I  lived in a world of baby excrement and all of the struggles a young family with no money.  When the prices of cattle began to drop we had no choice but to sink with the ship or bail out.  We bailed, and lost all we had accomplished.  By this point I was very unhappy.  That Christmas is when I received my first sewing machine. 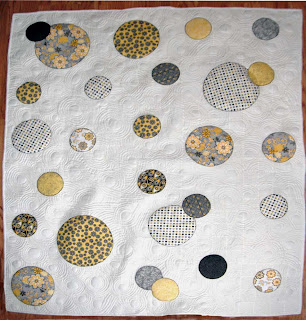 I received my machine from my parents in 2010... Mom set it up for me and made sure there was thread in it and said;
"There you go, good luck. Call your deaf grandmother if you need help. Hahaha".
Well great...  That machine sat at our table for months and months until finally my husband told me to step up or move the damn machine.  The fear had built to such a level my eyes would almost cross in horror at the thought of breaking this fine piece of equipment.  To tell you the truth I don't know exactly how it came about but I started to cut some dollar store fleece into squares and took the plunge into quilting hell.  I have learned more swear words from that sewing machine than working in a sawmill!!!  But soon my fear faded and the beginning of a wonderful relationship was born. 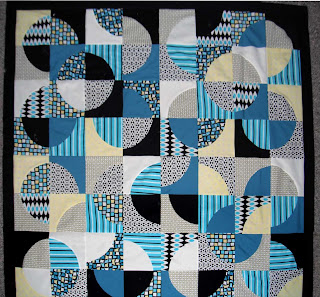 As the year of 2011 progressed I was consumed by my new addiction, which has caused a large shift in my lifestyle.  I found a guild in town called 'The Mile '0' Quilt Guild' (we live at Mile 0 on the Alaska highway) they have been so important in my journey I don't think I could really express my love for these women.  I joined the guild in July and when September rolled around I finally realized I felt more grounded and stronger than I had in years.  Quilting has given me a focus that every woman needs... on herself, for that brief respite that is so important (especially in mid-winter with cooped up kids eh!).

So all in all I have been quilting for just over a year (May 2011) and can't believe that I have been able to accomplish so much on a personal level.  My future is entirely uncertain but our move to Saskatchewan is another new beginning and a great opportunity for my family.  Plus I'm pretty sure there are a ton of quilters in Saskatchewan! 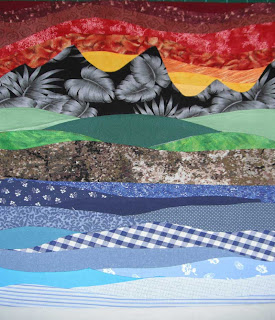 I have many goals to accomplish in the coming years quilt-wise.  First I have to make a landscape quilt that I promised my mother in a weak moment, I've been working on the process of how to build this massive monster of a project so far beyond my skill, but if you don't try you will never know, here is a link to my progress so far.  I'm also bound and determined to make some really cool quilts and maybe follow a proper pattern.  The town of Kindersley that we are moving to in Saskatchewan actually has a quilt store so maybe I'll apply for a job there so I don't have to work in the pub since I haven't really worked a real job since becoming a mother and losing my job due to the nature of the work (refinishing log homes).  I may even try and start my own guild if the one in Kindersley isn't to my liking.

I'm sure that my struggles are not over but my new found strength is mine and no one can take that away from me except myself.  I'm honored to be apart of the Needle and Thread Network Feature Friday.  Maybe I'll see some folks around Saskatchewan!
Posted by greelyrita at 4:20 AM 12 comments:

Posted by monika@mysweetprairie.ca at 10:12 AM No comments: